relocating to Hong Kong and adventures beyond

In a blog post I published a couple weeks ago, Most Memorable Flight Ever?, I created a little contest. Anyone who left a comment with a story about a memorable travel experience was entered into a draw to receive a piece of mail from Hong Kong. Read on to hear some funny / bizarre / memorable experiences from other travellers and find out who the contest winner was!

The first comment came from Barbara, a talented artist and jeweller. You can check out her stunning work here! This story blew mind.

One of my most memorable flights was in June 1985 from Vancouver to Melbourne. I was flying to Melbourne for a 6 month stay to live with my then boyfriend (and later husband) so goodbyes at YVR that afternoon were very emotional. I’d never been away from Vancouver for more than 2 or 3 weeks before that and I still have photos my sister had taken at luggage check in that day, of my tear-soaked cheeks as I hugged my mom for the last time.
On the flight I happened to be seated next to a Melbourne anaesthetist. We had an interesting chat but I remember being homesick. Anyway, in those days flights had to refuel in Honolulu and by the time the plane landed on the runway there it was about 1:00 am. The weird thing was, the flight crew asked us all to de-plane in the middle of the tarmac which we did. And then weirder still, we were instructed to walk over one by one to an area on the tarmac where our checked luggage had been placed to pick up our suitcases and move them to different spot several feet away. I had no clue what was going on and the crew didn’t give any explanations but we all did as we were told. When the plane was refuelled we got back on and continued on to Melbourne, arriving some 10 – 12 hours later. Of course this was way before cell phones and the Internet even (in the dark ages really) but I remember feeling a sense of calm sitting next to that anaesthetist because he’d reassured me that the flight crew would’ve only let us back on the plane if it had been safe. The whole tarmac thing had left me with an unsettled feeling.
It was only after I’d been met at the airport in Melbourne by my boyfriend that my parents contacted me at his home to make sure I’d arrived safely. Back in Vancouver they’d received word via news reports that a plane leaving YVR the night before had been blown from the sky. Our plane had left Vancouver on the same night as the Air India flight. I always think about those poor people.
That’s my story.

That one time Tom and I flew to Florida for a holiday. I arrived in 1 piece; my husband however, arrived in a white t-shirt covered in brown sauce. I said “what happened to you?” He replied, “the lady beside me got on the plane with A&W and spilled it all over me”. Not my experience, really. But memorable. We laugh every time we board a plane.

Thanks for stopping in to share you tale, Karen. And poor Tom! Next time he flies he should wear a rain coat and one of those hats with an umbrella on top! The next flying account comes from Julia.

Once I was returning from a conference in the US on a mid-sized jet, so a lot smaller than a 747. For some reason we all had to board from the tarmac. I waltzed through the carousel, showed my pre-printed boarding pass and passport, and was waved through some cones onto the plane. It was not a very full flight and I was excited to take my window seat in an empty aisle at 17A. I felt even luckier when a handsome looking guy came up to me as if he was going to sit in my row… But actually he wanted to sit in my SEAT; on a nearly empty plane we had somehow been given the same seat number? After a lot of discussion with the flight crew I was ushered off said plane… Because it was going the opposite direction and not Vancouver at all! I had been directed to the completely wrong plane on the Tarmac and almost took a very long detour!

Oh my gosh, Julia! Thank goodness you figured out what was going on before you took off. Imagine if you hadn’t realized what was going on until you landed! This story made me think about a hilarious story I read about lately – read here! Continue on below to learn about a harrowing experience Katharine went through during recent travels. I wouldn’t wish this on anyone!

Last year, when I was coming home from my trip to Nepal, I officially got to cross China off my “countries I have set foot in” list.
My plane from Kathmandu to Guangzhou, China, diverted to Shenzhen (about 120 km away) after 2 aborted landing attempts due to severe thunderstorms. We were told that it was only going to be a minor delay until the weather passed and they could fly back to Shenzhen. Four hours later, we were still sitting on the tarmac being served a nasty “breakfast”. Several hours after that, we were still waiting. It was difficult to communicate, but it seemed that they could not allow us off the plane since we needed to be processed by immigration at the airport that we were supposed to arrive at.
After about 12 hours of being stuck in the plane, and no food or liquid since “breakfast”, the atmosphere began to get a bit hostile, as passengers wanted to be let off. I phoned my parents back in the US, in tears, and my dad ended up calling the US embassy in China. They contacted the airline and response was swift. We got food and water and the flight crew was let off and switched for fresh. Meanwhile, the weather did not pass in Guangzhou and it eventually came our way. I have never seen such a storm before – a deluge of rain, wind so strong it rocked the plane, thunder and lightening. This went on for hours. Food and water could not be delivered, so once again we were without.
Eventually the storm passed, they announced that they were cancelling the flight, and that we were going to be let off. But… we had to wait longer because they were bussing immigration officials from Guangzhou to Shenzhen so that we could be processed per Chinese rules. Meanwhile, we got dinner. Same as lunch. But at least it was food.
Finally, after more than 24 hours on the plane, we got off! Then it took another several hours to be processed by immigration (they had no protocol for this situation and were very confused) and then we had to be bussed to Guangzhou. At Guangzhou I was booked onto the next flight to Vancouver, exit row seat, and got a free hotel stay so I could at least sleep a bit and freshen up. I made use of my Chinese visa and spare time to walk around a bit so that I could officially say that I had been to China.
Of course, my next flight was also delayed, meaning I missed my connecting flight to Seattle, so more waiting ensued. By the time I arrived home, I had been traveling for 72 hours – 24 of which I spent in one plane.
The saving grace was that I had been miraculously upgraded to economy plus for that initial flight and I had a whole row to myself! I cannot imagine how much worse it was for all those other people who were stuck in one seat. At least I could lay down, switch positions, and stretch out.

Katharine, that is a brutal story; I think it would take a lot to convince you to fly anywhere via China again! Hopefully Valerie, the contributor of the next tale, didn’t read that. She’s travelling to China next spring!

I was on a flight from Spokane with my sister Sheila and my mother. We were just going to board the plane on the tarmac. Two of the ground crew were goofing around. Their stunt involved a bucket full of cold water and ice cubes, somehow I got between the guys and yes! I had a bucket of cold water dumped on me. I was wet from head to toe and cold the whole way home. When we landed, the pilot made a point to seek me out with an apology.

Well Valerie, maybe you should scroll up and re-read Katharine’s story, then go back to Spokane and ask for water to be dumped on you again. I think I’d rather have that happen to me than even a quarter of what Katharine experienced!

Thank you to everyone who read along and shared their stories! Jennifer popped in to comment as well, stating she felt Barbara should win. Maybe she’s got a sixth sense, because that’s the number I drew! I promise I used an online random number generator and took the first number it gave me! Congratulations, Barbara! I’ll get in touch with you and you can expect something to arrive in the mail from Hong Kong. 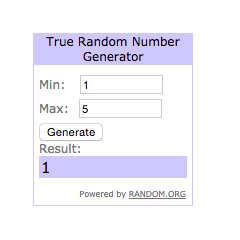 One thought on “Memorable Travel Stories & A Contest Winner!”